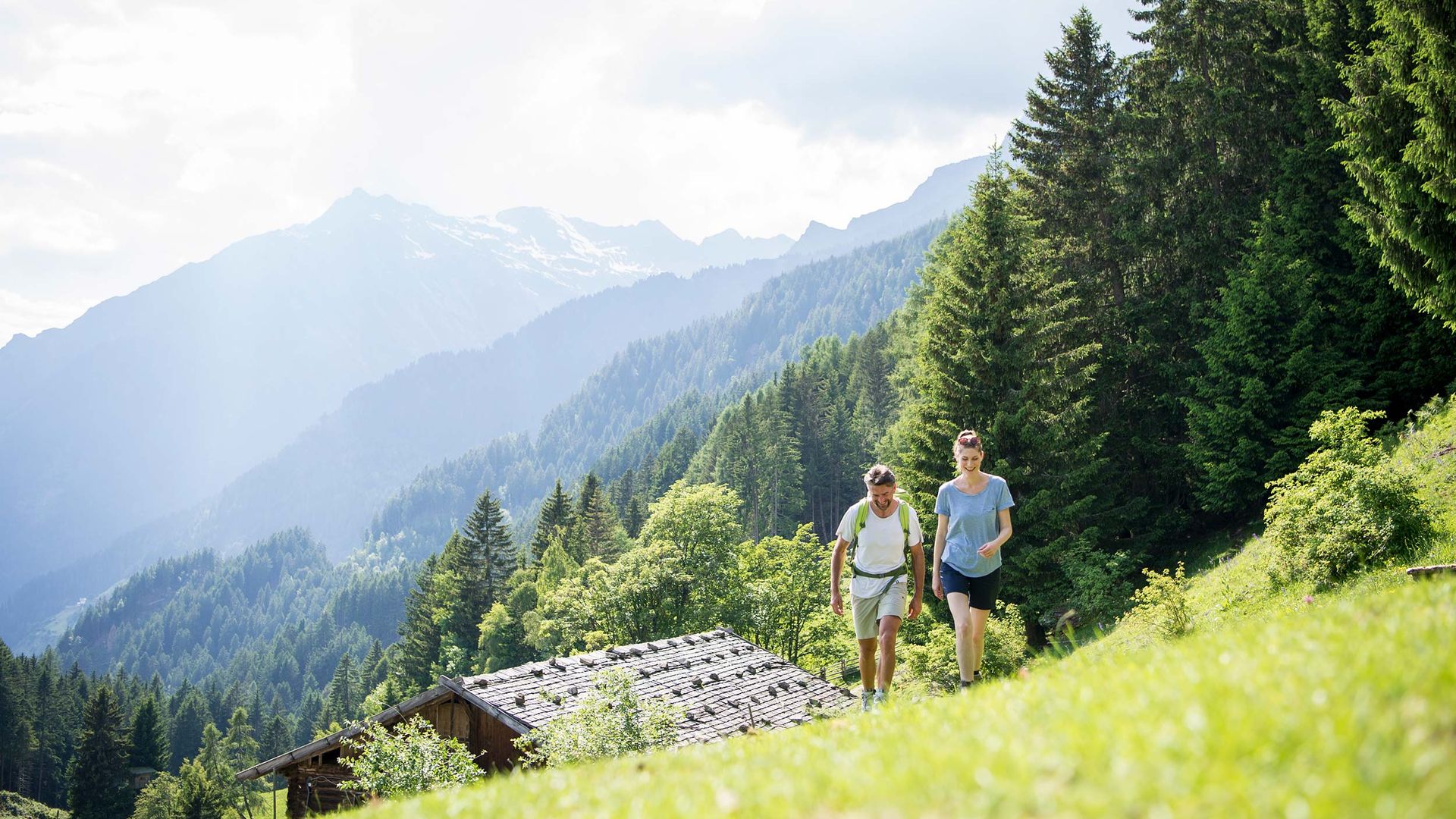 We are so close to the Terme Merano, a real oasis of well-being, only 350m away from the Hotel Isabella.
A visit to Terme Merano is a journey into a real wellness oasis. Relax in the 50,000 m² park, unwind in the terrace cafe or enjoy sauna, spa and fitness in the wellbeing worlds. Of course, all treatments given in the spa area use local natural products from South Tyrol and you will be astounded by the designer architecture.

If you do not plan in at least one visit to Terme Merano during your holiday in South Tyrol you will miss out on one of the region's definitive highlights. So make your way to Terme Merano; it is centrally located on the southern side of the river Passer.

Its scenic variety and originality make South Tyrol one of the world's most sought-after holiday destinations. Treat yourself to a break, time for recuperation and new beginnings!

Get back to nature...

Whether long hikes, leisurely walks with a stop at a mountain hut or challenging summit tours, you can get anywhere from the Hotel Isabella. And the icing on the cake? The breathtaking panorama of the South Tyrolean mountains.

Waal Paths in Merano and the surrounding area

The Tappeinerweg Trail in Merano

The Tappeinerweg Trail in Merano (Meran) is one of Europe’s most beautiful elevated promenades. The trail nestles amidst Mediterranean and Alpine plants, and offers a unique view across the rooftops of the spa town and the fertile slopes of the Adige (Etsch) River valley. In addition to being Merano’s longest walkway, the trail is also the city’s most beloved promenade. The Tappeinerweg Trail in Merano is named for its creator, Franz Tappeiner, an esteemed physician and botanist who worked hard for the welfare of the spa town and its inhabitants.

The promenade, which has only a few gentle gradients, hugs the slopes of Küchelberg Mountain; it runs from the village of Quarazze (Gratsch) in the west to Monte San Zeno (Zenoberg) in the east.

More tips from us: 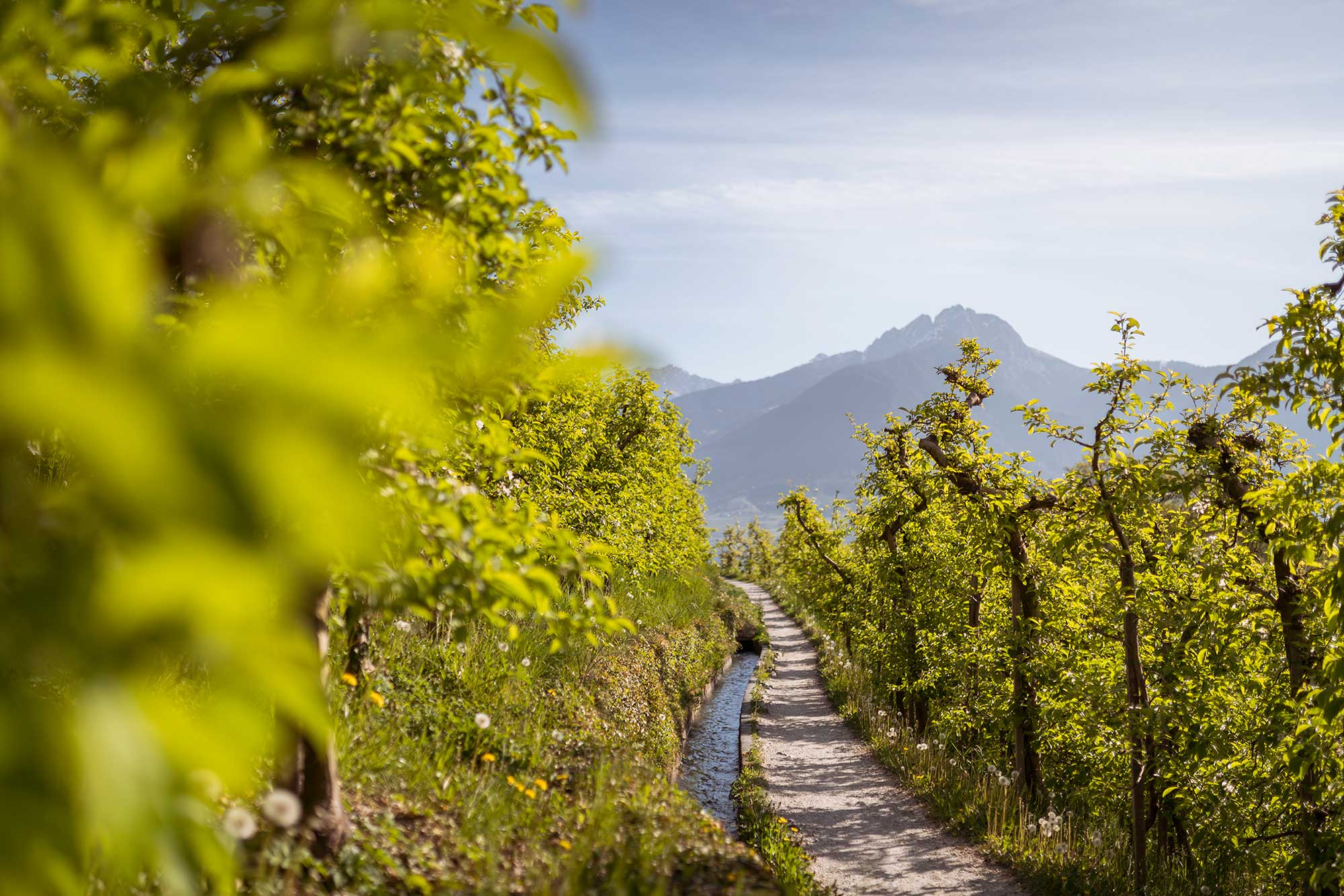 Merano 2000 is a genuine paradise for hikers and walkers

Especially in summer when the alpine roses are blooming, and can be accessed directly from Merano using the new cable car.

Countless marked hiking trails over the broad alpine pastures of the Hafling plateau bring you to the Kesselberg, Mittager and Meraner Huts, from where you can enjoy the wonderful view of the Dolomites, the Ortler group of mountains and the Merano mountains. Nordic walking and mountain biking are also good for the circulation and immune system. Paragliding and tandem flights promise further highlights. 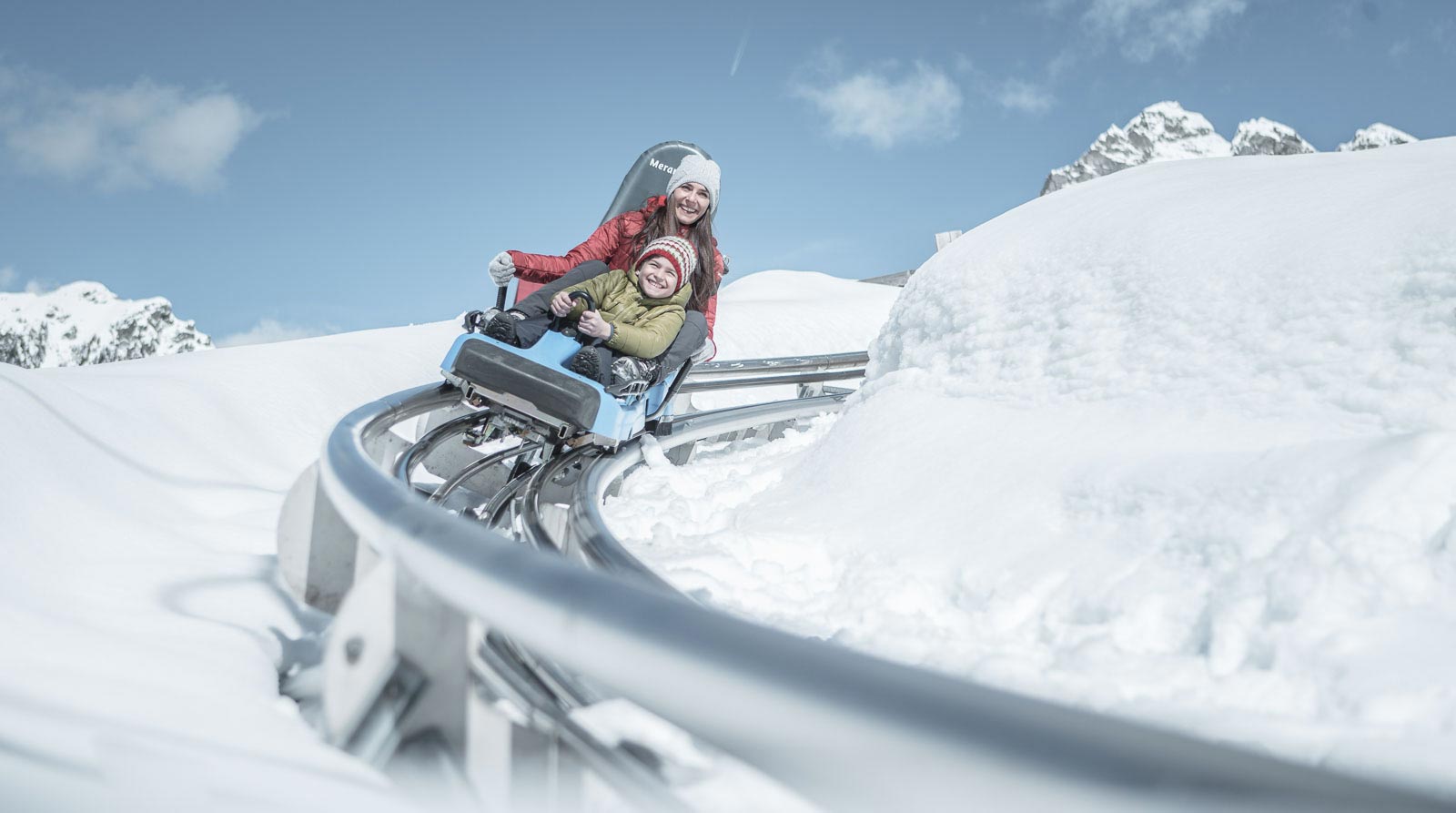 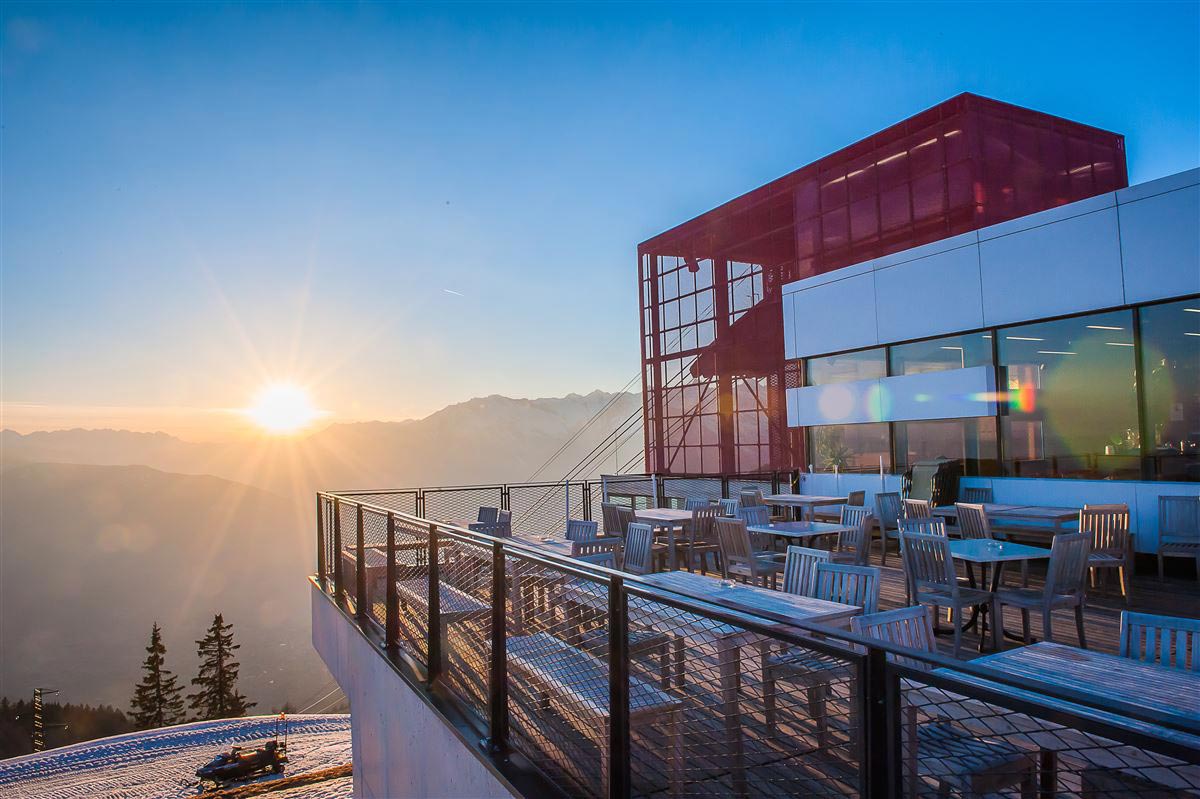 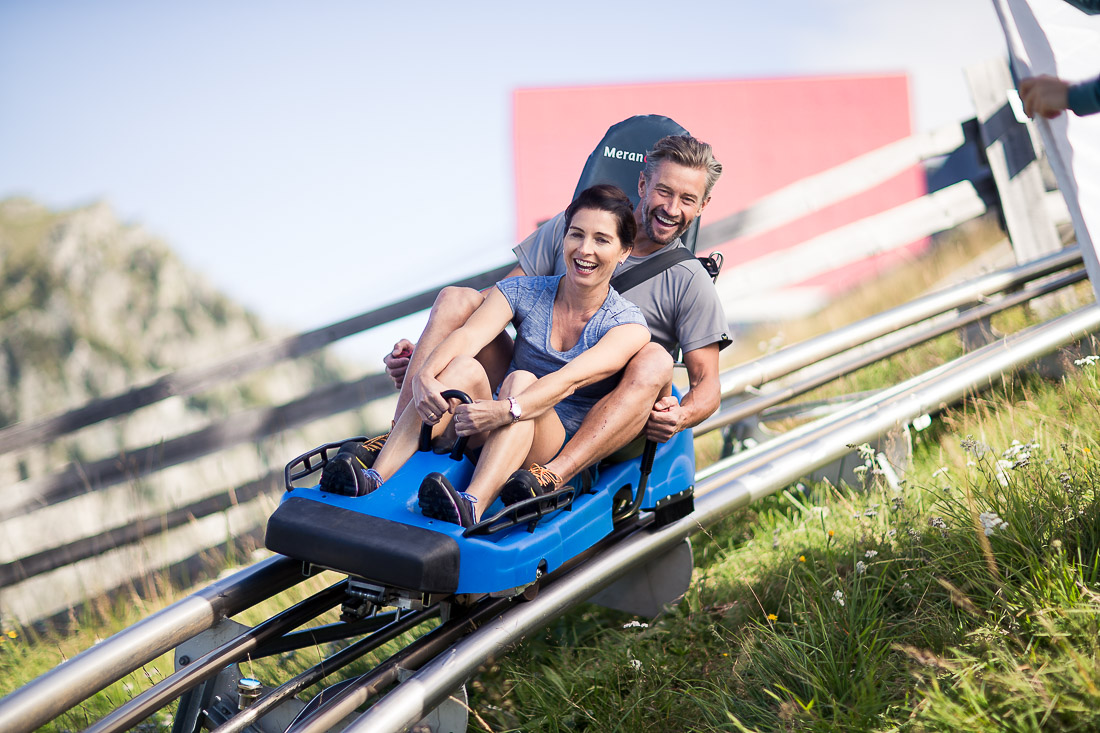 Relaxation and recuperation at lofty heights

The "Meraner Höhenweg" (Merano High Altitude Trail; northern and southern routes) offers multi-day hikes through the Texel Group national park. The European Long-Distance Hiking Trail (E5 from Lake Constance – Bolzano – Venice) also takes you through our region, from the Timmelsjoch to Moos and St. Leonhard in Passeier, then onwards to the Pfandler Alp (1345 m), the Hirzer Hut (2050 m) and Lake San Pancrazio and as far as the Meraner Hut (1960 m). It continues on to Langfenn (1525 m) as far as the village of Jenesien, and from there down into Bolzano.
A thing of splendour in itself is the UNESCO WORLD NATURAL HERITAGE SITE OF THE DOLOMITES, which is paradise for all motorcyclists. We’re keeping a secure parking place for your bike in our underground garage! 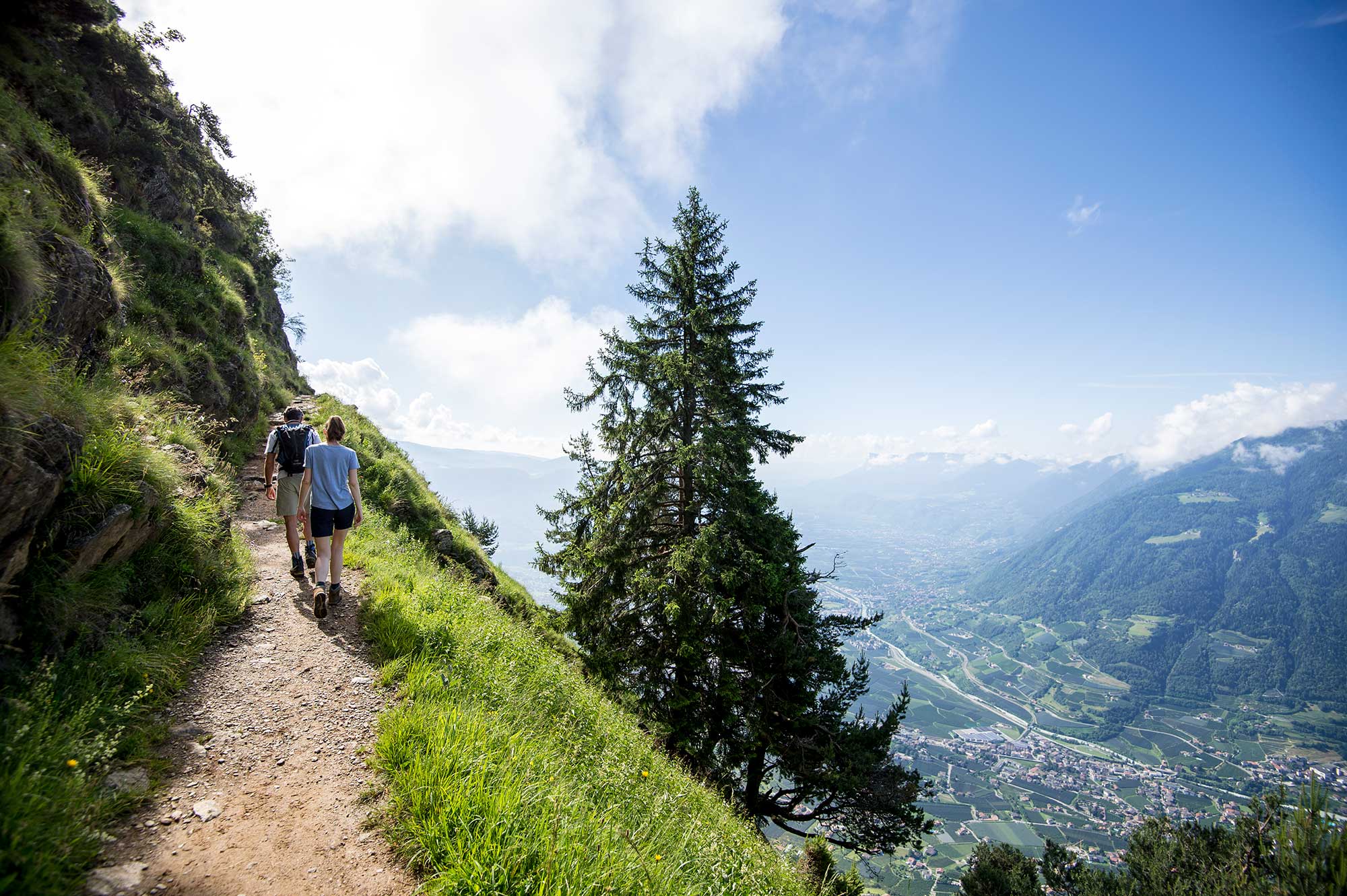 Enjoy a leisure ride in the healthy, fresh air through flower-filled meadows to lush green alpine pastures and past crystal clear mountain lakes with a hearty snack. Whether you’re a pro or a beginner, with the Meranerland Bike Academy, you’ll be in the best of hands.

Train & Bike: Travel on the Vinschgau Valley Railway with your bike as far as Mals, then take the Via Claudia Augusta through endless apple plantations back to the Mediterranean spa town of Merano.
80 km cycle trail along the river Etsch, from Merano alongside the river Passer into the Passeier Valley, and then if you want, you can continue to the Timmelsjoch or the Jaufen Pass to Sterzing.

With the bike on holiday

A splendour in itself, the UNESCO WORLD NATURAL HERITAGE DOLOMITES, an Eldorado for all motorbike enthusiasts, we have a safe parking space ready for you in our underground car park.

Opposite the hotel (100 metres away), nestling in the endless greenery of Merano’s race course, is Merano Tennis Club. Tennis fun outdoors from as early as March!
13 clay courts, of which 5 are illuminated, plus 4 clay courts in the heated hall with adjoining club house round off the offer for our guests.
www.tennismerano.it

Merano Riding Club, which is only 150 metres from the hotel on the edge of the 40 hectare race course, awaits you and your kids with Haflingers, ponies and Arabian full-bloods. Our tip: "The Grand Prix of Merano South Tyrol" takes place every year at the end of September - one of the most famous obstacle races in Europe!
www.centroequestremerano.it

Our offers
for fantastic vacation moments
View all offers

Pleasant living at the Hotel Isabella